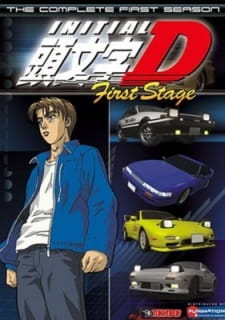 Unlike his friends, Takumi Fujiwara is not particularly interested in cars, with little to no knowledge about the world of car enthusiasts and street racers. The son of a tofu shop owner, he is tasked to deliver tofu every morning without fail, driving along the mountain of Akina. Thus, conversations regarding cars or driving in general would only remind Takumi of the tiring daily routine forced upon him. One night, the Akagi Red Suns, an infamous team of street racers, visit the town of Akina to challenge the local mountain pass. Led by their two aces, Ryousuke and Keisuke Takahashi, the Red Suns plan to conquer every racing course in Kanto, establishing themselves as the fastest crew in the region. However, much to their disbelief, one of their aces is overtaken by an old Toyota AE86 during a drive back home from Akina. After the incident, the Takahashi brothers are cautious of a mysterious driver geared with remarkable technique and experience in the local roads—the AE86 of Mount Akina. [Written by MAL Rewrite]