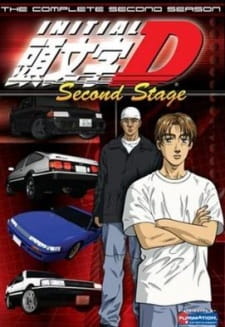 Accumulating an impressive series of victories with his AE86, Takumi Fujiwara has imposed himself as street racing's newest rising star. However, his newly found confidence of winning at his home turf of Mount Akina has been put in jeopardy by a new Emperor team exclusively using a car model favored by most professional racing pilots: the Mitsubishi four-wheel drive Lancer Evolutions—also known as Lan Evos. The Emperor team leader, Kyouichi Sudou, looks down on Takumi and regards him as an inferior pilot for driving an antique car that lacks the makings of a true modern race car. Kyouichi's elitist philosophy is also the reason why his team is only made of Lan Evo drivers. Will Takumi be able to keep his perfect track record intact against the highly skilled and mechanically superior Emperor team, or does his hot streak end here? [Written by MAL Rewrite]