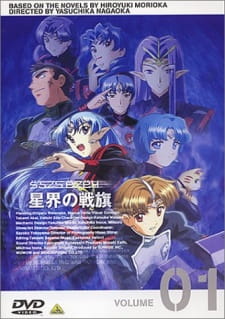 Three years since the end of their intergalactic excursion, both Lafiel Abriel and Jinto Linn have reunited; Lafiel as the captain of the attack ship Basroil and Jinto as her supply officer. The restart of the war between the Abh Empire and the Triple Alliance thrusts the inexperienced duo into the forefront of the deadly conflict. As the catastrophic battle between pure humankind and their greatest creation, the Abh, rages on, both sides accept that their conflict is not merely about territory, but about settling the inherent differences between themselves. [Written by MAL Rewrite]